Haley Hanseler has a dream – to earn a spot on the U.S. Ski Team and compete in World Cup races. That dream took a hit in January 2011, when the 17-year-old Mark Morris High School graduate dislocated her shoulder in a race at Schweitzer Mountain, Idaho. 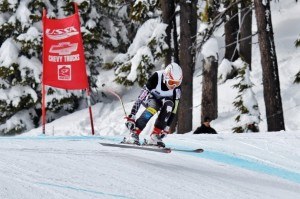 "I got off balance and leaned in, causing me to fall," she said. "I slid down a steep, icy part of the course and my shoulder got twisted above my head and popped out of the socket."

Haley’s brother had suffered a similar injury in 2010 and received treatment from Peter Kung, M.D., at Longview Orthopedic Associates. "My brother said his experience with Dr. Kung was a good one, so my mom made an appointment with him for me."

An MRI at Pacific Imaging Center revealed an injury to her labrum that resulted in continuing instability, which Dr. Kung initially attempted to address non-operatively with treatment at Longview Physical & Sports Therapy. 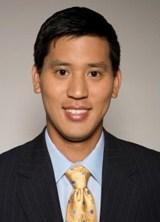 "Even with excellent physical therapy, she continued to have instability," Kung said. "I performed an arthroscopic labral repair in April. Subsequently, she did more physical therapy and is now back to full activity without restrictions."

And for Haley, that means skiing and training five days a week from November through April with her coach, Roger Taggart, who was named Pacific Northwest Ski Association Coach of the Year in 2011.

"I met him in 2008 when he joined the coaching staff at Mount Hood Academy, the team I had been on for many years," she said. "Last year he took a position with the Mission Ridge Ski Team, based near Wenatchee, and I decided to switch teams so that I could continue to ski and train with him."

After surgery and physical therapy, Haley bounced back in a big way and was able to race in the U.S. Nationals against World Cup skiers Julia Mancuso and Lindsey Vonn.

"Because of getting hurt earlier in the year, I didn’t expect to qualify for any big races," Haley said, "but I ended up being one of only four junior racers who qualified to compete against World Cup and national team members." 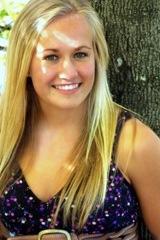 Haley started skiing when she was three. "My dad was a ski racer when he was younger and decided to get my brother and me involved in the sport from a young age."

Her early experiences were less than promising. "I didn’t like it at first because I was so bad. I’d fall over and sit in the middle of the ski run crying. But when I was about six, something clicked. I started skiing better and faster and it became really fun for me."

She qualified for the J2 National Junior Alpine Ski Championships both years she was eligible and earned a top-ten finish as a 15-year-old. She recently trained in Colorado and competed in North American Cup races in Canada.

When she’s not skiing, she’s running and lifting. She spends three hours a day in the gym during the summer months.

"I have a weight training program that I do almost every day," she said. "It helps strengthen the essential muscles used in skiing. I also run several times a week, mostly sprints and agility stuff, but some long-distance runs, as well.

"I was very happy with my experience with Dr. Kung," Haley said. "Before surgery, I was hesitant to lift things or go full speed. I have my confidence back now. My shoulder feels perfect, and I’m able to compete at the level I need to again."

Click here for more about Haley and to learn how to become involved as a sponsor.