Knee Anatomy- The knee is a modified hinge in which the joint surfaces not only flex and extend but to a minimal degree also slide and rotate on each other. The normal motions of the knee are a finely tuned mechanism controlled by the geometric shape of the bones (femur, tibia, patella) and the meniscal pads. Ligaments support the knee and prevent abnormal motion. The collateral ligaments protect against sideways stresses on the knee, whereas the cruciate ligaments prevent abnormal frontwards/backwards translation. Specifically, the ACL (anterior cruciate ligament) prevents excessive anterior translation of the tibia on the femur, as well as abnormal rotation.

Injury- The ACL is the most frequently injured ligament of the knee. The injury may come about as the result of extrinsic forces being applied to the knee such as a blow from a football tackle, or more frequently as the result of a sudden twisting or deceleration such as occurs when planting the foot to change directions while running or when one lands awkwardly after jumping or during a fall. In these situations, the change in momentum simply puts more force on the ligament than it can withstand, and it stretches or ruptures.

Typically, one who tears the ACL feels (and sometimes hears) a painful "pop". Most often the injury precludes continued activity or even walking off the playing field. The knee usually swells substantially within a few hours due to the bleeding inside the joint. Depending on the severity of the injury other structures inside the joint may also be injured, in particular, the articular or meniscal cartilages.

Diagnosis- The diagnosis of an ACL tear can often be strongly suspected based on the patient’s history of the injury, as well as subsequent symptoms. As the initial pain and swelling subside over a few to several days the patient typically develops a sense of "distrust" of the knee with any activity other than straight ahead walking on level ground. Giving way or collapsing of the knee may occur, each time with pain and increasing likelihood of further damage occurring within the joint.Your physician can often make the diagnosis based on physical exam findings of increased anterior and/or rotational translation of the knee with ligament stress testing (Lachman and pivot shift tests). Many situations require an MRI to confirm a ligament tear or detect associated cartilage or bone lesions. Even in the case of an obvious ACL tear MRI is very frequently utilized to help in the decision making re: specific type and timing of surgery to be done.

Treatment Options- For the unfortunate older or less active individual who tears their ACL, nonoperative treatment is often recommended, with a physical therapy program concentrating on muscle strengthening often quite successful in allowing a return to all desired activities without significant symptoms of instability. It has been shown that the natural history of ACL tears in younger, active individuals is progressive worsening of instability and " wear and tear" degenerative changes in the knee. For this reason, surgical treatment to address the ACL insufficiency is often recommended.

ACL Reconstruction- In most situations actual repair of a torn ACL has proven to be futile. For this reason, methods have been developed to reconstruct the deficient ACL. These have proven to be highly successful in stabilizing the knee and allowing return to vigorous athletic activities in most cases. ACL reconstruction involves substituting tendon tissue for the torn ligament. The most common sources of graft tissue are the patellar and hamstring tendons. The central 1/3 of the patellar tendon with attached tibial and patellar bone blocks (BTB, or bone-tendon-bone) or looped hamstring tendons (doubled semitendinosus or quadrupled semi tendinosis/gracilis) are passed across the joint and securely fixed to the femur and tibia, recreating the patient’s own ACL. 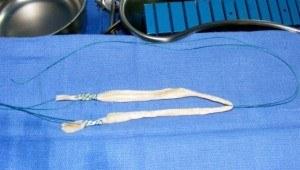 These tendons can be obtained from the patient’s own extremity or alternatively an allograft, or cadaver graft can be used. Each method has its advantages, and results with either are comparably successful. Allografts have become more and more frequently utilized over the past several years for several reasons, including less surgical time and dissection required, and often times less post-operative discomfort. Allografts may be particularly useful in revision situations. Many patients however prefer to use their own tissue for ACL reconstruction to avoid altogether the extremely remote risk of disease transmission from donor tissue. Each patient should discuss these options with their surgeon and choose the technique with which they are most comfortable.

After Surgery- The reconstructed ligament must be protected from stressful activities until initial healing takes place. Depending on the presence or absence of associated injuries or surgeries, protected weight bearing with crutches and gentle range of motion exercises are usually encouraged right away. Casts or braces are typically not necessary except in the occasional multiple ligament injury or meniscus repair situation.

After the initial six-week healing phase in which the patient has been performing a self-directed therapy program (protected weight bearing, range of motion, quadriceps setting exercises) formal physical therapy and an accelerated rehabilitation program are begun. Supervised physical therapy as well as a home exercise program are typically continued for up to several months, with gradual increases in activities allowed as healing and strength progress. Return to full activities, including contact sports, is usually allowed at six months post-surgery, a time interval in which lab studies have shown satisfactory healing and strength in the reconstructed ligament.

If you have a painful or unstable knee and wish to be evaluated by the physicians at Longview Orthopedic Associates please call 360-501-3400 for an appointment.